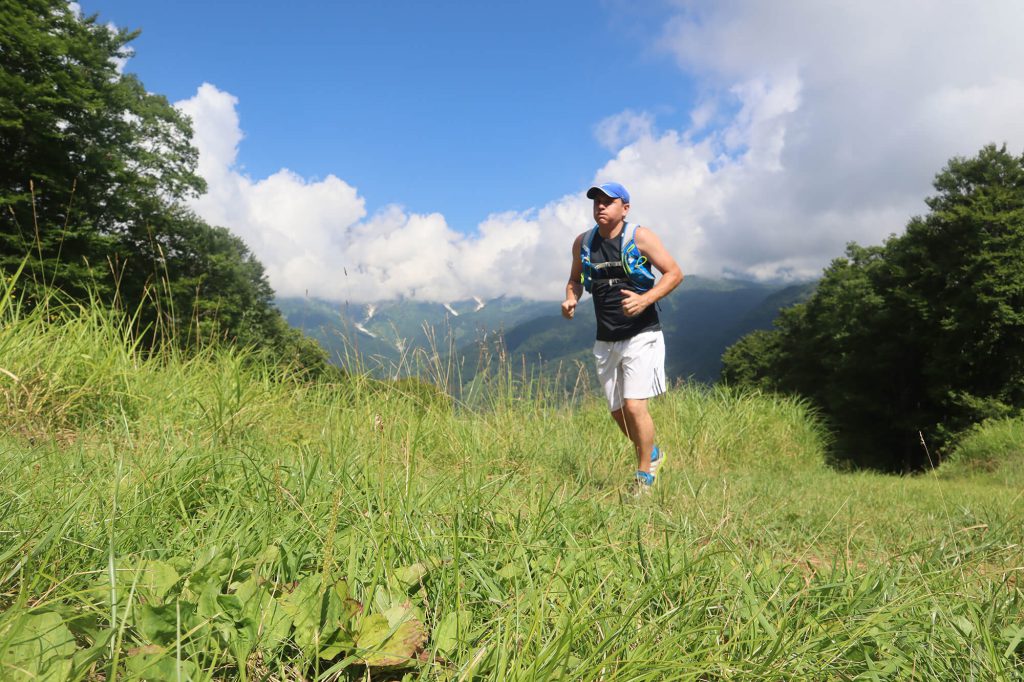 Autumn is one of my favorite times of the year for getting out and hitting the trails. The temperatures are dropping, the paths are a lot quieter and everything is just so beautiful – but they day I picked to run the qualifier the mercury hit 32c – it was still summer!

In these Coivid 19 times the Hakuba International Trail Run has hit on a unique idea, to limit the numbers, as the event sells out in a matter or minutes, this year will see a virtual qualification. Basically you run a 10-12k course on the eastern hills, record your time on a running app and post the results to the committee who select the top athletes followed by a lottery on the a range of beginners and intermediates.. You have just over a month to run the course and post your results. I decided to run early and maybe try to better my result later. 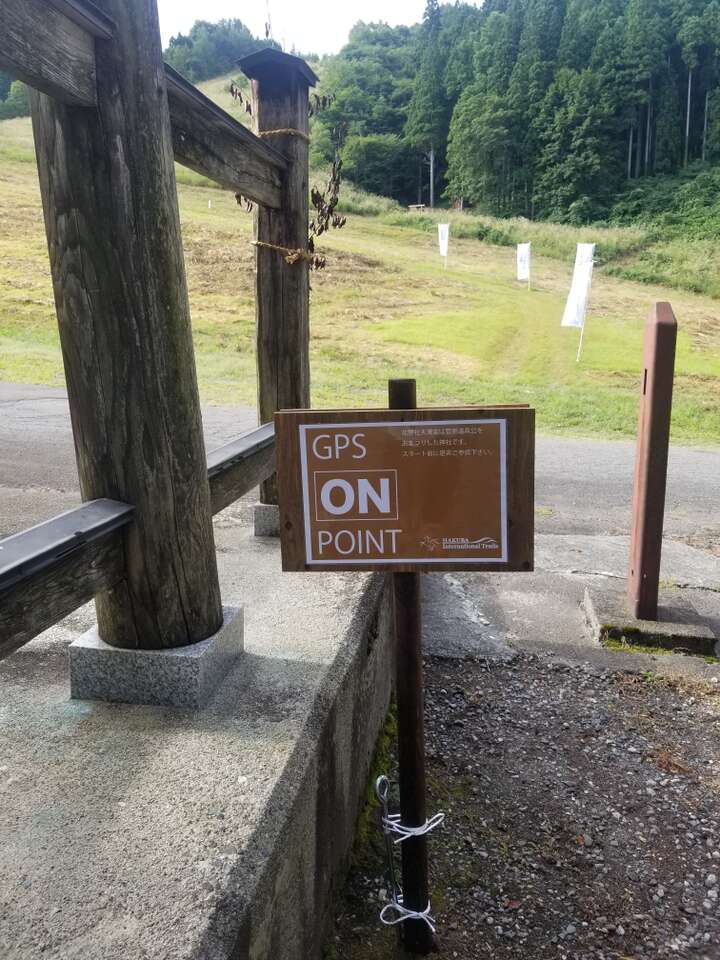 The course begins at the back of the Highland Hotel in a local Shinto Shrine. At the shrine there is running water, which maybe not fit to drink but great for splashing your face and cooling down before and after the race..  Switch on your GPS on your smartphone and away you go to tackle the first climb.

And what a climb, I tried to run for the first 100 meters but was beaten by the gradient, then followed a forced march for about 15 minutes until you come out on the top of old Highland Ski Resort. The lifts maybe not turning anymore but my heart was pumping as I broke into a run on a slight downhill section that soon turned once again to a steep trail which takes you up to the highest point of the run at 1052m. 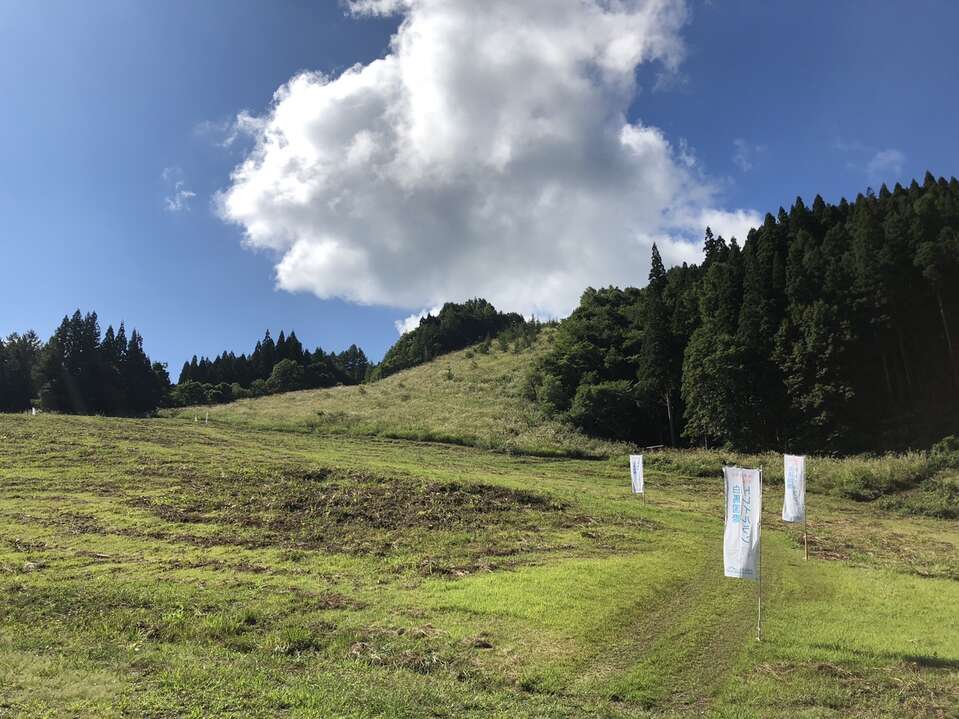 The view from the top was stunning with the alps glittering in the sunlight but I didn’t have too much time to take in the view as the loop around the summit is where time can be lost or gained on the relatively flat section.  After the loop it is down the B course of Kikori-no-michi a favorite of MTBers who prefer the natural trails of the Hakuba Valley. This was the easiest section for me, as being a ‘local’ I knew every turn and straight section from walking my dog on this part of the course.

After the downhill it is a flat section over steel bridge down towards Green Sports Park, but this is where the killer punch comes in, instead of the following the trail along the river, the wicked course designers make you tackle the Kikori-no-michi C course and send you up the brutal, steepest section back up to the top of Highland Ski Resort. 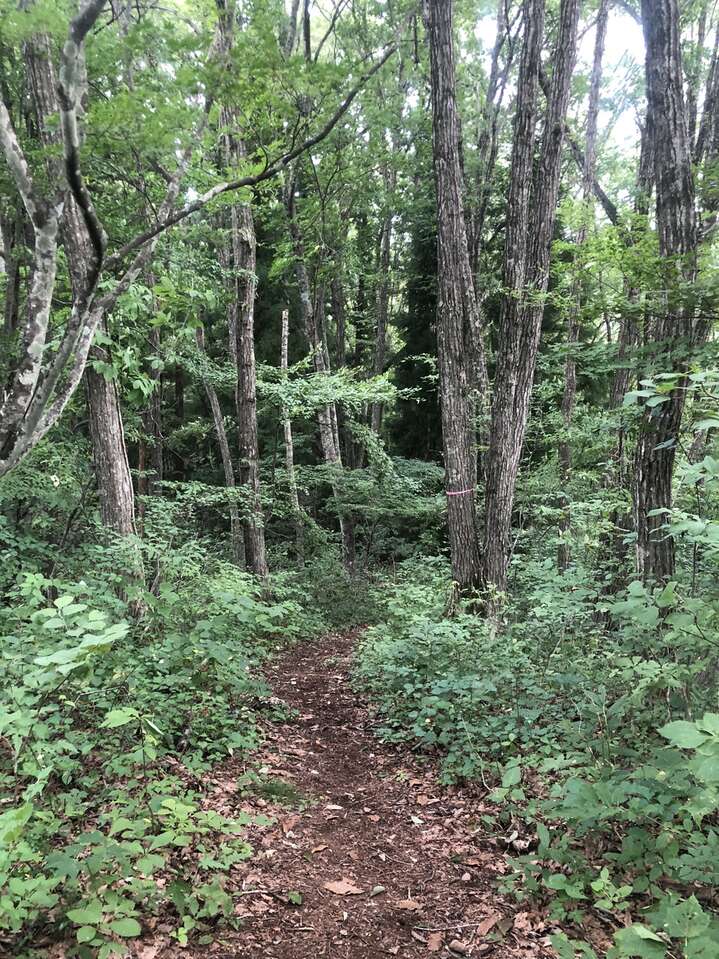 From the top it is a fast run back down to the shrine, where I did splash my face in the aforementioned water.  My time was a respectable 1 hour 34 minutes, probably not fast enough to qualify but good enough for my self respect.

The course is open from  September 1st to October 4th. With the Hakuba International Trail Run being held on October 18th. 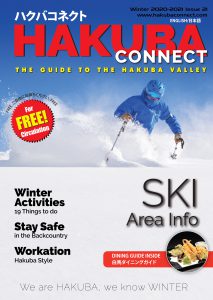